What is Drupal and Why Drupal is the Right Choice? 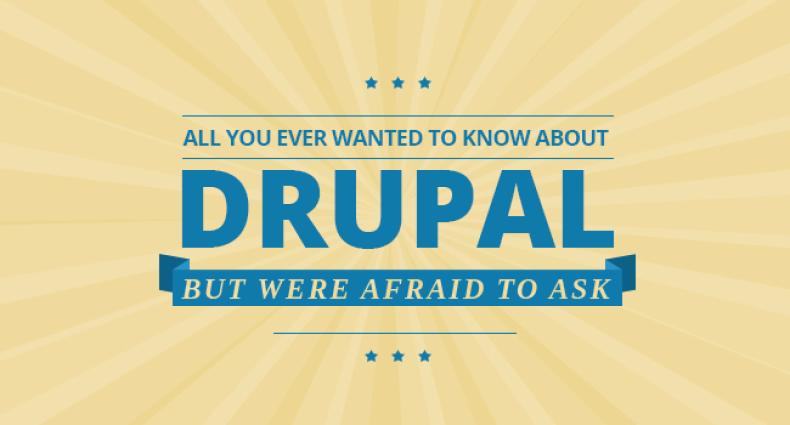 What is the name?

Many of you could have been like me. I’m been a Drupal user for a long time, but not only recently did I do a research to find out what the story behind it was.

Drupal has its name from the Dutch language but it was founded in Belgium. It was originally written by Dries Buytaert as a message board so that Dries and his group of friends could stay in touch, shared interesting findings, and talked about their personal lives.

At first, Dries wanted to name it Dorp.org (meaning village in Dutch). But he made a typo when checking the domain name, which turned into Drop. He decided to use the mistyped word because he thought it sounded much better.

Though developed in the early day as an internal board for Dries’ group, Drop.org’s audiences grew rapidly. People shared, discussed about ideas, web technologies. It was such a great experience. And there’s a proposal to release the web technologies, the software that ran the site. In this way, people could have wider chance to develop, to do more experimentations, and make greater contribution to the community.

So in January 2001, Dries made a decision to launch the software behind drop.org and named it Drupal

The “Drupal” term embodies “druppel” in Dutch, meaning "drop" (as in "a water droplet"). Hence, you can see the drop image on its logo.

So What is Drupal?

The term “Open source” defines software whose source code is made publicly available. They are eligible for use and modification by users, developers subject to certain conditions.

What makes an open source technology popular and favorable is:

What can Drupal do? And why is it different from other CMS?

There are many reasons why Drupal is the top three most used CMS, and why tons of small to big complex systems have made it their options. Here are those:

What are the uses of Drupal?

As stated, due to its flexibility and extensibility, Drupal is not limited to any kind. Browse these lists to see the wide range of things that Drupal can build:

If it is necessary to know about a system before we set our foot on, it’s never been less important to explore its cons. Here we bring some of our caveats for the system:

It always takes some investments to learn about something. For a new user, it would be a huge opportunity cost - what you will gain and lose working with one system and leave others behind.
But after all the choice is always yours.We expect it would be worth. The CMS you will spend thousands hours working. The system through this you make a living. The option that yields energy and satisfaction.